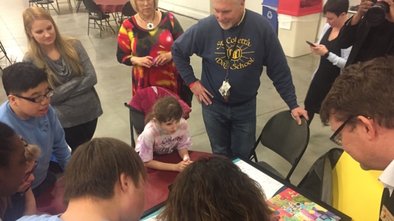 When the state legislature created Wisconsin's Special Needs Scholarship Program (SNSP) in 2016, Milwaukee educator William Koehn knew his school had to participate."Because we serve students who are all somewhere on the special needs spectrum, it was extremely important for us to be able to take advantage of the special needs scholarship program, and we did just that," said Koehn, administrator and lead teacher at St. Coletta Day School of Milwaukee. St. Coletta, which serves 24 students with special needs, recently celebrated its 60th year. It was initially established by a group of parents dissatisfied with schooling options in local public or private schools. The school has participated in the Milwaukee Parental Choice Program for six years, which Koehn says has drastically changed the kinds of services he is able to provide his students. "A year ago, the special needs voucher came into view, and we looked at that program and said, 'Oh my gosh, this is really going to be a game changer for our school. At the time we had 24 students, and 22 qualified for the special needs voucher," Koehn said. "It really did allow us to dream a bit." 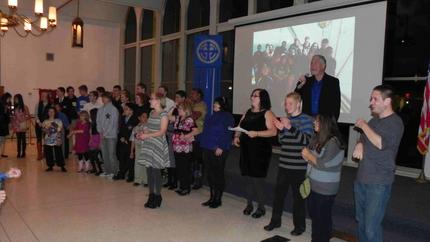 ColettaScope is back for 2016, this Saturday, November 12th from 6-9 p.m. at Mount Mary University, 2900 Menomonee Parkway in Milwaukee.$25 admission includes appetizers, beer, wine and punch.
There is free parking and a cash bar available.
Proceeds benefit St. Coletta Day School which for generations has tapped into the full potential of students of all abilities and challenges and by example shows the community how it must be inclusive and value the contributions of all citizens.
Throughout the night, guests can participate in various chance games, such as a 50/50 raffle or "heads and tails."
Some of the prizes include gift baskets and even a night's stay in a bed and breakfast with dinner for two.
Every year they also have a "Restaurant Tree" where guests pay $20 to pick a number on the tree. The number then correlates to an envelope that contains gift cards to restaurants in the Milwaukee area. Each envelope is worth at least $25 in value, but many of them are valued at $50, $75, or $100.
All of the artwork at ColettaScope is hand made by the students at St. Coletta Day School. Every piece of art in the event is beautifully framed - thanks to the wonderful donations from area framers.
About 65 pieces of art and 40 non-art items are silently auctioned off. As the night goes on, guests write down their bids for the items until time is up and the bid sheets are collected.
When the silent auction is completed, the voice auction begins. 6 special pieces, both art and non-art items, are auctioned off live, where guests get a chance to battle it out for the winning bid! Past items have included a bookcase made by the kids, Phantom of the Opera tickets, and even Packer tickets.
CBS 58's Drew Burgoyne will once again serve as emcee of the evening.
For more information click here

If you are an editor and are interested in learning more about St. Coletta,
please contact our school administrator at scdsmke@gmail.com or via phone at 414-453-1850.